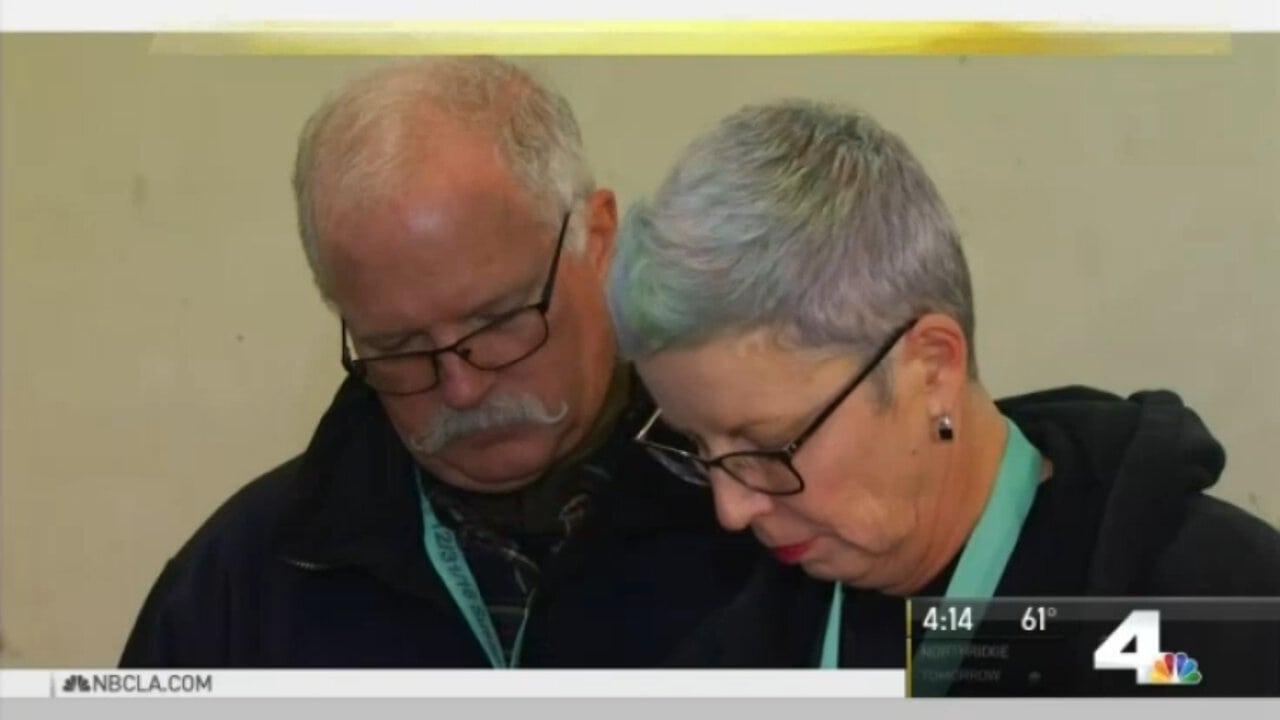 Couple together 17 years to marry on Rose Parade float

Home » Couple together 17 years to marry on Rose Parade float

Christian Guntert was lying on his back, gluing seeds to the bottom of a giant faux pizza for a Rose Parade float when a teenager made a casual comment about his wife.

When the 58-year-old Guntert told the girl that he and his longtime girlfriend actually weren’t married, she screamed: “You’re not married?!”

The shocked question reverberated in the 80,000-square-foot California warehouse last December, where teams of volunteers were building a dozen floats for the annual, nationally televised parade in Pasadena.