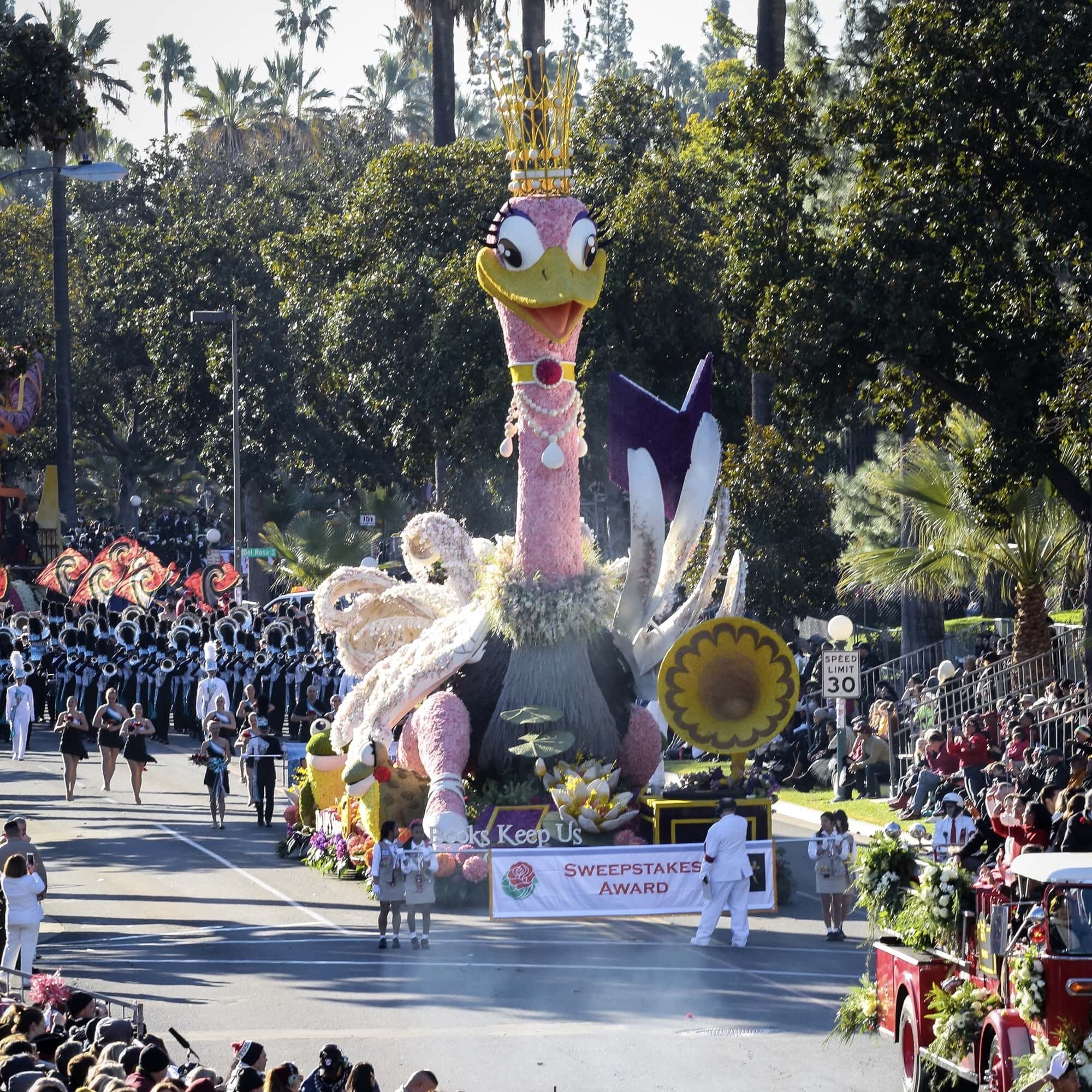 Fiesta Parade Floats Takes 9 Rose Parade Trophies for Its Clients, Including Sweepstakes for The UPS Store

Among the Fiesta-built winners announced today was the The UPS Store’s float entry, “Books Keep Us On Our Toes,” which was awarded the 2019 Sweepstakes Trophy, the Parade’s top prize, given to the parade’s most beautiful float entry. The 2019 awards add to Fiesta Parade Floats’ unmatched position as the most award-winning float-builder in Rose Parade history.