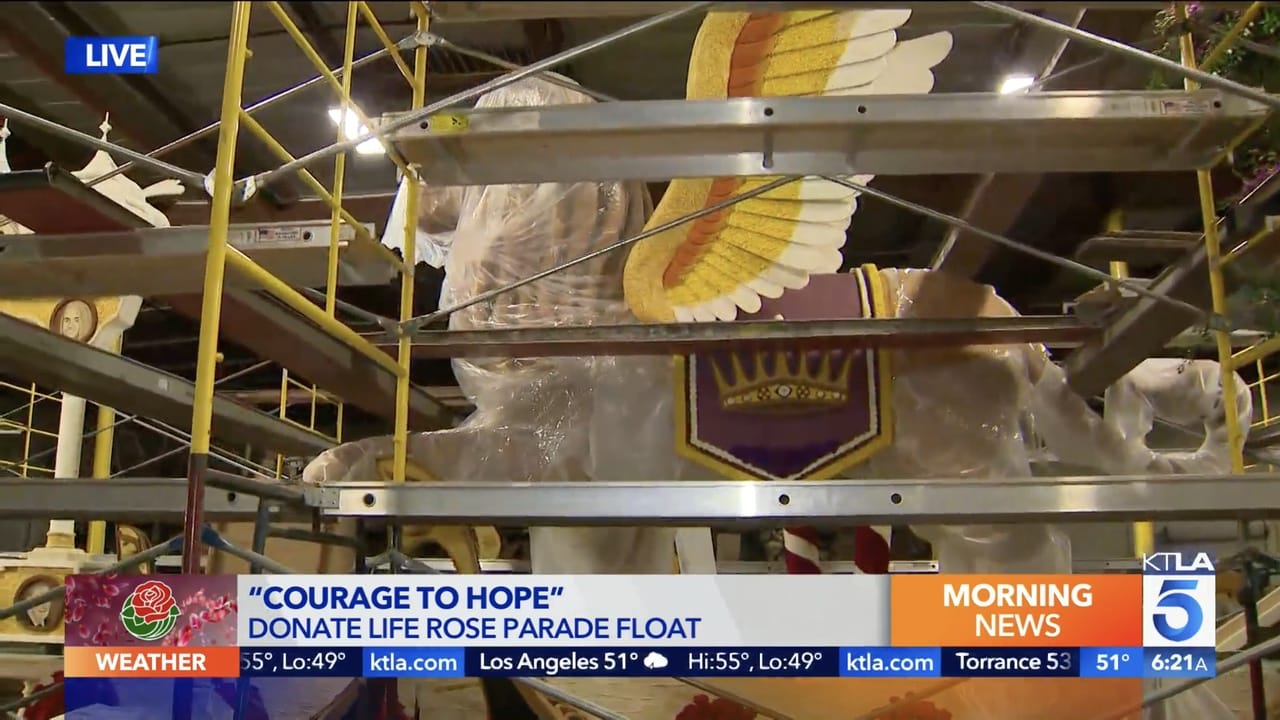 By Fiesta Parade FloatsJanuary 3, 2022No Comments

Today, Gayle Anderson took a look at the float construction for the 2022 Donate Life, entitled “Courage to Hope.” The centerpiece of the 2022 Donate Life float, “Courage to Hope,” is the winged Lion of Venice — well known to Venice Film Festival attendees. The statue sits in the Piazza San Marco, set amidst the Venetian Gothic architecture of the Doge’s Palace and Venice’s quintessential gondolas and canals. The Lion is meant to symbolize courage and hope shared by donor families who have created a legacy through their decision to donate.

Led by a talented team of Rose Parade veterans that includes President Tim Estes, Floral Director Jim Hynd AIFD, a group of world-renowned designers, and the industry’s only full-time support staff, no other Rose Parade float builder has been more dominant than Fiesta Parade Floats during the past three decades.